Table Stash is a story of an animator named Table who got his storyboards stolen by Pea Wrath and his Modern Pirates team. Pea Wrath divides the storyboards one for each member of the team. Thus, Baglets has to go through different areas and challenges in order to get them back.


Chapter 1 is set on an alternative timeline during the first chapter of Beans and Berb Webcomic series. 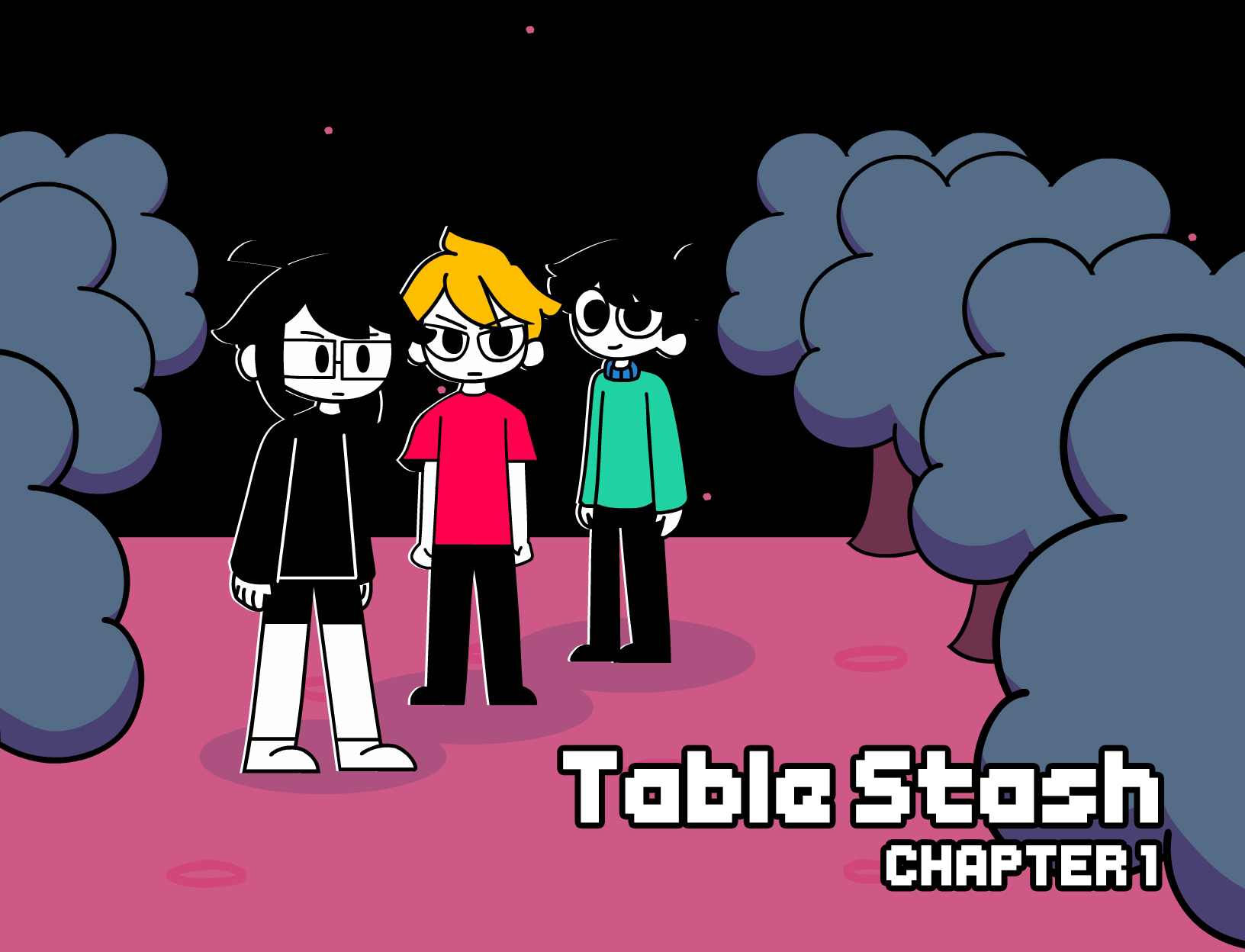 
I'm almost done with my RPG game project! Gonna drop a trailer in a couple of weeks! #rpgmaker #RPGツクールMV pic.twitter.com/i1UaaXjvNa


Im still working on my RPG game project during free time, but this is all i can show you for now haha#gamedev #RPGツクール pic.twitter.com/8dsLHBqo3H


Welcome to Apple Juice Planet! Added some trees and a background! It's still pretty empty, though,
working on it! 🍎🥤#gamedev #indiedev #RPGアツマール #RPGツクール pic.twitter.com/wRnRhHHg1R


Been working on my rpg game lately, here's something I can show you #gamedev #RPGツクールMV pic.twitter.com/RZSKGdHd8i


Tried making my first ever quest in the game. This quest is gonna be a hard one. Especially when you're out of cereal haha#gamedev pic.twitter.com/U6Q2A2PhJU


Tried building up my own title screen for my game.
Kind of proud of how it turned out as a first time making one haha pic.twitter.com/uwmT5IxkpZ

Just trying to make my first ever dialogue in the game, seems like it's working properly! pic.twitter.com/WDAdAMwYKo


Gonna try and make a game using RPG Maker. So far, I was able to make my own character sprites haha pic.twitter.com/J1t24JTwis